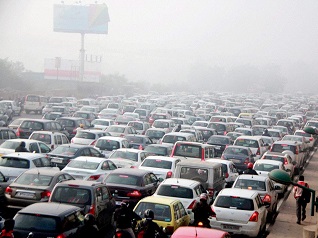 The exhaust emissions standards for new cars have effectively required fitment of a DPF in the exhaust of diesel cars since 2009 when the ‘Euro 5’ standard came into force. In fact, many cars registered before 2009 will have had one fitted too in anticipation of the change in standards.

Standards aim to deliver an 80% reduction in diesel particulate (soot) emissions but the technology’s not without problems – AA patrols are regularly called to cars with the particulate filter warning light on indicating a partial blockage of the filter.

Even if your driving isn’t mainly urban/stop-start, changes to driving style may be required to keep these systems working properly.

If you’re buying a new car and plan to use it mainly for town-based, stop/start driving it would be wise to avoid a diesel car fitted with a Diesel Particulate Filter (DPF) because of the possible hassle of incomplete ‘DPF regeneration’.

How do they work?

Diesel Particulate filters (DPF) or ‘traps’ do just that, they catch bits of soot in the exhaust.

As with any filter they have to be emptied regularly to maintain performance. For a DPF this process is called ‘regeneration’ – the collected soot is burnt off at high temperature to leave only a tiny ash residue.

Regeneration is either passive or active

Passive regeneration takes place automatically on motorway or fast A-road runs when the exhaust temperature is high. Because many cars don’t get this sort of use vehicle manufacturers have had to design-in ‘active’ regeneration where the engine management computer (ECU) takes control of the process.

When the soot loading in the filter reaches a set limit (about 45%) the vehicle’s ECU will initiate post combustion fuel injection to increase the exhaust temperature and trigger regeneration. If the journey is too short while the regeneration is in progress, it  may not complete and the warning light will come on to show that the filter is partially blocked.

It should be possible to complete a regeneration cycle and clear the warning light by driving for 10 minutes or so at speeds greater than 40mph.

During active regeneration you may notice the following symptoms:

If the regeneration is unsuccessful due to an insufficient driving cycle the extra fuel injected into the cylinders will not burn and will drain into the sump.  As a result, oil quality will deteriorate and the level will rise.  Most DPF equipped engines will have an oil quality/viscosity sensor but it is important that you check that the oil level does not increase above the maximum level on the dipstick as diesel engines can run on their own oil if the level is excessive – often to the point of destruction.

If you ignore the DPF warning light and keep driving in a relatively slow, stop/start pattern, soot loading will continue to build up until around 75% when you can expect to see other dashboard warning lights come on too. At this point driving at speed alone will not be enough and you will need to take the car to a dealer for ‘forced’ regeneration.

Forced regeneration  is required where `Active` regeneration criteria have not been  met or where soot levels have increased within the DPF to a point where normal regeneration cannot be performed: typically around 70% soot loading.  At this point the vehicle will enter a ‘restricted performance’ mode to prevent further damage.  If left the soot loading will keep rising.

At this level of soot loading a diagnostic tool must be used to force regeneration. Above around 85% soot loading regeneration can no longer be performed on the vehicle and the DPF will need removing to be cleaned or replaced.

If you continue to ignore warnings and soot loading keeps increasing then the car won’t run properly and the most likely outcome will be that you will have to get a new DPF costing at least £1000 plus labour and diagnostic time.

The ash residue which remains after successful regeneration cannot be removed and will eventually fill the filter.  DPFs are designed to last in excess of 100,000 miles but, if the vehicle is operated correctly, many will far exceed this mileage.

The most commonly fitted type of DPF has an integrated oxidising catalytic converter and is located very close to the engine where exhaust gases will still be hot. This heat means that passive regeneration is more likely to be successful.

The additive is stored in a separate tank next to the fuel tank and is automatically mixed with the fuel whenever you fill up. Only very small quantities are used so a litre of additive should treat around 2800 litres of fuel – enough to cover 25,000 miles at 40mpg.  It lasts about 70000 miles and is replenished during a service – at extra cost.

Don’t be tempted to ignore a warning light showing that the additive tanks need refilling.  It’s absolutely essential this tank is refilled as without it regeneration is unlikely to be successful and a new DPF may be needed – at significant cost.  Fuel consumption can increase as a result of failed regenerations too.

If you buy a car with a DPF it’s important to read the relevant section of the vehicle handbook so that you understand exactly what actions to take if the warning light illuminates and how, if at all, your driving style may need to be adjusted to ensure maximum DPF efficiency and life.

In most cases there is only a relatively short time between the dpf being partially blocked and becoming so blocked that it requires manual regeneration.

We’re seeing some evidence of DPF systems failing to regenerate even on cars used mainly on motorways.

On cars with a very high sixth gear the engine revs may be too low to generate sufficient exhaust temperature for regeneration. Occasional driving in a lower gear to maintain around 2,000rpm should be sufficient to burn off the soot in such cases (refer to the vehicle handbook).

DPF regeneration will be initiated by the ECU every 300 miles or so depending on vehicle use and will take 5 to 10 minutes to complete. You may notice other symptoms and a puff of blue smoke from the exhaust, similar to an engine burning oil, when the process is complete.

There’s no evidence in AA breakdown data that the problem’s going away – newer car models seem just as likely to suffer DPF problems if not driven ‘correctly’ as those built when DPF’s were introduced.

Removal is not a legal option

It is suggested from time to time that the answer to failed DPF regeneration is get the DPF removed from the exhaust system rather than pay to get it repaired/renewed.  Indeed there are companies advertising just such a service including reprogramming of the engine management software, but is it legal?

According to the Department for Transport, it is an offence under theRoad vehicles (Construction and Use) Regulations (Regulation 61a(3)) to use a vehicle which has been modified in such a way that it no longer complies with the air pollutant emissions standards it was designed to meet. Removal of a DPF will almost invariably contravene these requirements, making the vehicle illegal for road use.

You must notify your insurer if the vehicle is modified but such a modification could in turn invalidate any insurance cover because it makes the vehicle illegal for road use.

From February 2014 the inspection of the exhaust system carried out during the MOT test will include a check for the presence of a DPF. A missing DPF, where one was fitted when the vehicle was built, will result in an MOT failure.

With an original equipment DPF removed from the exhaust the car may or may not pass an MOT smoke test – a Euro V (September 2009 diesel) is more likely to fail than one designed to comply with earlier emissions standards.