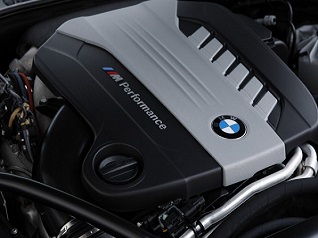 BMW is working on a quad-turbo engine, says Autocar.

The company offers a tri-turbo in the X5 xDrive50d M Performance and the M550d, adding an electrically driven turbocharger for extra low-end boost pressure.

To make it a quad-turbo, BMW would add another electrically driven turbo, or could simply add a second bi-turbo to the diesel inline-six.

The quad-turbo inline-six diesel engine is expected to debut in the M750d 7-series sedan in 2016,Autocar says. The engine could develop more than 400 hp and 590 pounds-feet of torque (about 600 newton meters).